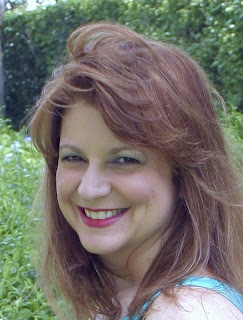 Ok, for today's shameless self-promotion post, I am listing the following fun facts about my book, which some of you will hopefully find at least mildy interesting, and hey, possibly even entertaining!

The character Madeline Rose is named for my grandmother and mother. Originally, I was going to use "Rose" for Maddy's middle name, but decided it made an excellent surname for the entire family.

My confirmation name is Madeline, chosen by me as a young girl to honor my grandmother's memory. The shared birthday of Ken and Madeline, March 7, was my grandmother's actual birthday. As a sort of added element to the "soul mate" theme, I thought it would be an interesting plot twist. And while the real life counterparts for these characters don't really share the same birthday, both are Pisces! :)

I wrote most of Part One using a different first name for the Ken character -- the name of the real life person upon which this character is loosely based. Not wanting to lose any ground, I kept going until I finally settled on the name, "Kenneth." Thank goodness for the "Find and Replace" feature on Word!

The name Water Signs was chosen for a variety of reasons, the most obvious having to do with Zodiac signs, Ken's US Navy experience, and the coastal locations of the story. However, since water is also a symbol of renewal in traditional religious faith and spiritual practices, the use of water imagery worked well for a 16-year personal and spiritual growth odyssey. You'll notice it throughout the book.

Chapters 21, 22 and 23 were culled from a manuscript I'd written about 10 years ago, and then thrown into a filing cabinet, never to be seen again until I sat down to seriously write the book in March, 2008

A keeper of journals for over 20 years, I pulled them out to help me fill in details and flesh out characters, plots and circumstances. Though I've been fully recovered from panic and anxiety disorder for almost 11 years, it still pained me deeply to have to go back and read my real life journals, which chronicle that awful period in vivid detail. Though I'd written in them faithfully on a daily basis, I'd never gone back to review them. So pulling them out after all this time was tough. To make it easier, I literally wrote the happy ending -- the 2nd half of Part Two -- first, then went back and filled in the story!

Technology progresses along with the novel, so we start off with the new phenomenon of "car phones," work our way up to cell phones and beepers, and then finally to the Internet and website design!

To help set the time period from 1992-2008, I employed a lot of great music. During the summer of 1992, Jon Secada's Just Another Day and Elton John's The One, were two of my very favorites. You'll note them and other familiar songs along the way.

The Philadelphia Eagles play a prominent role in Part One; the Philadelphia Phillies are mentioned to a lesser extent. With both teams, I tried to highlight the famous Philly/New York rivalries. Therefore, in one pivotal scene it's the Eagles home opener against the Giants; in another, it's the Phillies battling the Mets.

William J. Bennett's Book of Virtues was actually given to me by my brother Paul (Damian) in 1994. The handwritten note inside the book's cover that Madeline reads at the end of Part One are Paul's words, verbatim.

The flashback scene where Madeline recalls breaking her arm in a football accident with her brothers and cousins is also from real life. My brother Mark (Greg) fell into me while trying to catch a pass, resulting in one nasty fracture. And yes, he really did give me his Goodbye Yellow Brick Road album as a way of expressing remorse -- a hot commodity at the time! I used to love the sketches inside the cover, especially the one of Marilyn Monroe.

Damian is Paul's middle name; Greg is the name of one of my nephews. The name "Louis" has been a nickname for my brother Ralph for as long as I can remember; therefore, I gave his character that name!

My sister Carolyn reminds me of a close friend named Lori; thus, the name of Madeline's older sister.

My dad's middle name is Joseph and he is a retired general and vascular surgeon. And though in the book Dr. Joseph Rose is a neurosurgeon, the character is pretty true to his real life counterpart in every other way.

Monica Rose is based on my mom, whose photos as a younger woman remind me very much of Monica Crowley, making it easy to name that character!

The psychic Ann Claire is based on a real person, someone I actually did meet at a monthly women's social and business networking organization. Madeline's interaction with her that evening mirrors my own almost exactly; only her name has been changed.

Madeline's conversation by the pool with they guy who asks her if she'd go out with him if he wasn't married is also (unfortunately) a true-to-life incident.

One of the best things about being an author is the ability to infuse the characters with personality traits, physical qualities and talents that may or may not exist in real life. For example, Madeline and I are both former ballroom dance instructors, but only Madeline is a professional singer, too!

The Atlantic City restaurant, Frisanco's, where Ken and Madeline share their first date is no longer in business. However, it was the setting for the actual date in 1992, along with the boardwalk and Trump's Taj Mahal. And yes, the rolling chair incident really did take place!

Les Miserables is my favorite musical, which is why I had Madeline sing On My Own in the theatrical production she participates in with her dance studio in Boca Raton. This particular song also describes her current circumstance at that point in the novel.

My dad really does have his pilot's licence and flew a Piper Cub for years. The aerial route over the Jersey Shore that I describe in the book was one of his favorites, especially when entertaining new passengers.

I created the beach picnic scene as another method of getting the two characters near water (in keeping with the book's theme), and a way of conveying a bit of the Philly/South Jersey culture, via the foods they are eating, e.g. provolone cheese from South Philly. This is one scene that is purely fictional.

I used the fictional character of Erin Mahoney to represent what I perceive to be our culture of excessive self-absorption. While on one hand we have people who overextend themselves -- often to their own detriment -- in my experience many more are the opposite extreme. Their obsession with self tends to focus exclusively on the physical body and material possessions. Of the three Boca Raton transplants Ken, Erin and Madeline, Erin is the only one who loses sight of her values and becomes enveloped by the "keeping up with the Jones'" mentality.

Traditional values and a clear-cut sense of right and wrong are thoroughly ingrained in me, and I wanted my book to reflect that. Madeline does the right thing by hiding her feelings and stepping aside, thus allowing Ken to make his own decision about his future without any outside interference. Years later, he unexpectedly comes back into her life as a free man only because he and Erin failed to resolve their conflicts. The dissolution of their marriage is directly attributable to the two of them -- and not anyone else.

I wrestled with a little bit of guilt over employing a psychic to help me overcome panic disorder in real life, but finally resolved it in my own mind as an answer to an oft-repeated prayer. I've been free of the disorder for nearly 11 years now, and have absolutely no regrets. It doesn't change my religious beliefs in any way; however, it is kind of ironic that someone who once feared psychics was actually healed by one!

The characters of Isabella, Mark, Elyse, Audrey, Carolyn and Robin are all modeled after real people. All names have been changed.

Sunfest is an actual festival that occurs every year in West Palm Beach. Mark calling Maddy to cancel their date at the last minute is also straight out of real life, as is their first face-to-face meeting in Mizner Park, and their evening at the Acapulco Grill and the Deerfield Beach Fishing Pier.

Ken's South Philly born-and-raised roommate, Kathy, is a fictional character I created to set up another contrast between Madeline and other single women in the story.

Carmen is based on a personal friend, with whom I once taught at the Arthur Murray Dance Studio in Wayne, PA. While her name has been changed, the rest of the character is true to her real-life counterpart. Carmen also creates a contrast between Madeline and her peers, with Carmen assuming another "big sister" role in Maddy's life.